While dogs are described as “man’s best friend,” it does not prevent them from biting or attacking others. Not every dog is the same, and some of them can have territorial and aggressive personalities. Dogs can be especially dangerous around children, as they often view smaller people on “their own level” as competition for their space, and children often do not know how to approach dogs. If you or a loved one has been injured by a dog, you may recover financial compensation.

Dog bite laws vary from state to state, and these claims can be complicated. Seek an evaluation by an Austin dog bite attorney today.

In 2019, there were seven people killed by dog bites in Texas. Most dog bite fatalities are small children. For every dog bite fatality, there are thousands of other dog bite victims, many of whom can suffer serious lifelong injuries, including:

In addition, dog bite victims, especially children, can suffer severe emotional distress from a dog attack. This could require significant counseling and may leave them with fear for life.

Texas laws put some burden of proof on the dog bite victim when they are seeking compensation for their injuries. The law in Texas is called “one free bite.” This means that you have to show that the dog owner knew of their pet’s dangerous propensity because they had acted aggressively towards others in the past.

“One free bite” does not mean exactly what it says. Of course, if the dog has bitten someone before, it is enough to prove that the dog knew of dangerous tendencies. However, you can also satisfy this test if the dog had attacked others in the past without a bite.

How Dog Owners Can Be Negligent

Even if the dog has never attacked anyone previously, you can still recover for dog bite injuries if you can prove that the dog owner was negligent in preventing the attack this time. This is another way of saying that they did not act as a reasonable dog owner would. Some examples of dog owner negligence can include:

Things like violating leash laws could be considered negligence per se if the owner received a ticket for their actions. Without that, you would need to have proof of what the dog owner did at the time and what they may have known about their dog. This is different from other states, where the dog owner is automatically liable when their dog bites something. You would need an attorney to gather evidence about the dog and what happened in your case to advance a strong claim.

Your compensation from the owner’s insurance company following a dog bite will depend on the unique and individual factors of your own injury. You can expect the following payments for dog bite injuries:

With every dog bite claim, you are dealing with a homeowner’s insurance company. While you have legal rights, these companies act as if they owe you nothing. They are trying to deny claims or settle them quickly for less than you deserve as often as they can. This is why you need an experienced lawyer to stand up for your legal rights.

Contact The Martinez Law Firm when you or a loved one have been injured by a dog. We offer free consultations, and you do not need to pay us anything unless you win. Call us today at (512) 444-0025 or contact us online to discuss your case. 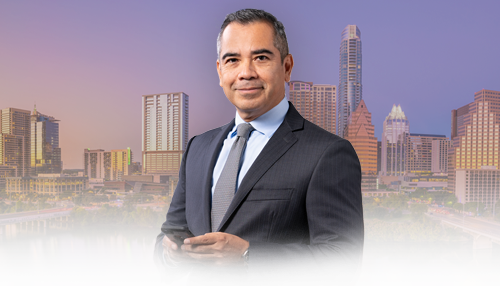 Schedule a free consultation with our experienced lawyer today by filling out the form below, or call us at (512) 444-0025

Schedule a free consultation with one of our experienced lawyers today by filling out the form below, or call us at (512) 444-0025